The mission of each Australian Ambulance charities is to fulfil the wishes of terminally ill patients who are no longer mobile and unable to travel without medical intervention, equipment and support. Medically trained volunteers and adapted ambulances provide the means to make these last dreams come true.

During a patient’s final weeks or days, it is possible to bring them joy and comfort through visiting a familiar place that reignites precious memories. It is also possible to fulfil something special on their bucket list that can give them a sense of achievement and excitement. Finally, it is possible to gather a family and friends to create one last memory, one last celebration of their loved one.

It’s usually the little things that mean the most to a person nearing the end of their life, but these can seem impossible.

On 26 February 2007  Stichting Ambulance Wens was established in the Netherlands as an addition to the care for immobile terminally ill patients. Too many patients die with unfilled wishes – one of the causes is the inability to realise certain wishes because the patient is no longer mobile. Therefore, their foundation was started to help people who are dependent on transport by ambulance.

For the founder of Stichting Ambulance Wens Kees Veldboer, while employed and working as an ambulance driver, one particular occurrence was the trigger for starting Stichting Ambulance Wens. In Rotterdam while driving the ambulance, Kees realised the last wish of the meanwhile deceased former sailor Mr Stefanutto. This patient very much wanted to sail on a ship one last time, and so they did.  The documentary – Turning Point – describes how one person, determined to spread joy and make a difference, developed an organisation that fulfils the last wishes of the terminally ill and bedridden individuals. In a TV interview with Kees, he reveals his thoughts about fulfilling final wishes and dying.

The concept realised by Stichting Ambulance Wens – Ambulance Wish Foundation – has been introduced across the globe, including Australia. 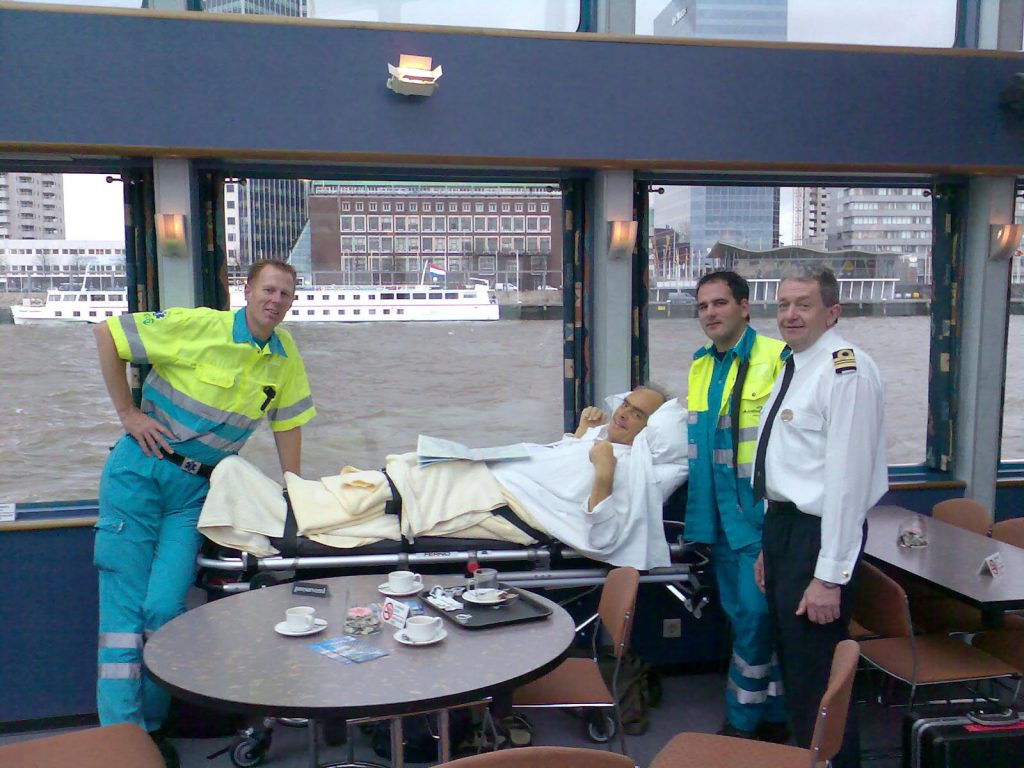